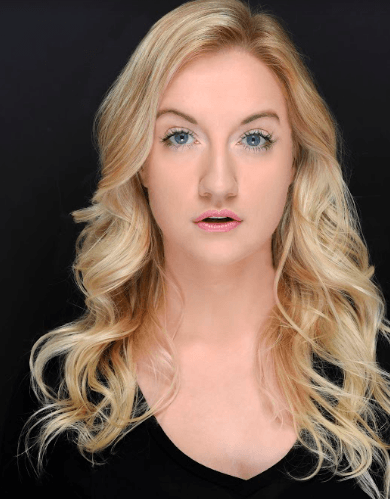 Laura Linda Bradley is an actress, singer, and dancer. Currently, she is starring, writing, and directing her own web series, “The Laura Show,” which premieres its second season on January 24th on YouTube. Talk Nerdy With Us got the chance to talk with Laura about how she got her start in acting, her web series, and what she nerds out over.

Tell me about how you got into acting?

When I was about three years old, I did a play at church, and that was the first time that I was on stage. I was always the type to put on a show for family, making them my captive audience [laughs]. I was also always doing children’s choir and other little productions. I remember at seven or eight years old; I did a play, and I remember hearing applause for the first time and that was when I was like “Oh! I like this.” Then I did community theater when I was about sixteen, and I remember making people laugh by a character choice that I had done. It was community theater in a small town, and it was a very art-rich community, but at the same time, it was fun to just cultivate these characters. It was a production of “A Christmas Carol, ” and I was playing one of the children. I had made this character choice, and I was this spunky little kid, and the guy that was playing my brother was a good friend. I realized that all these people were laughing at what I was doing because I was twirling my hair and all of these other little girl characteristics and mannerisms. When I heard that laughter, I was like, “Okay, it’s comedy. That’s what I want to do.” As I got older, I realized I was drawn to drama but at the same time you have to accept what your natural personality traits are and mine are stronger in comedy.

What was your first professional acting job?

Do you think that if they had been that you would have stayed on the East Coast rather than move to LA?

I think I would have been further on in my career before moving to Los Angeles. I think if you want to be in TV and film you obviously have to make it out to LA eventually. I probably have 10-15 friends now that have their apartments and agents in LA, but they live six months out of the year in Atlanta because that’s where their show is or they live in New Orleans or North Carolina. I think that there are so many more opportunities for people who are coming up to be in that environment. I would have always come to LA. I mean, I love it. I’ve been out here for nine years now, and it is home.

What would you say is the best career advice you’ve ever received?

I would say creating your own art, whatever form or medium that is. If you’re a writer, you’re an actor, you’re a comedian, you’re a painter, it’s creating your own opportunities and also showing people you at your strongest because you know your strengths better than anyone else. Sometimes, you or a close friend can write something for you that you might never have gotten the chance to audition for.

So I would say to any artist at any level create your own work and create your own art and showcase that and get that out there so that people can see what you are working on. People will respect that too, that you are not just waiting around for an opportunity to knock, you’re making your opportunities.

Let’s briefly talk about you are as a person. What are you doing when you’re not acting?

[laughs] Me when I’m not acting. I love spending time with my friends. I’m very social, and I have some amazing girlfriends out here in LA that are like my sisters. I’m an only child, and LA has a pretty bad reputation for not being a very friendly city and people being fake. But that’s so not true. If you look, you will find good people, and I have amazing friends who are like my family out here. I like spending time with my dogs and going to the beach, even though I only live about 30 minutes from the beach, sometimes that seems like a trek because traffic is so ominous in LA.

I love learning still. I don’t think you can ever get too old for it. I know that sounds super corny but I was in acting class last night till like 1 A.M., and I love that. Monday nights are pretty much my favorite night of the week because I love that acting class so so so much. I will not schedule anything else on a Monday night. I will not travel; I will not do anything. Monday night is fun for me, just going and playing around and creating.

What kind of acting class is it?

It’s a scene study class with Jason George, who is a series regular on “Grey’s Anatomy.” I’m in the SAG Conservatory. I’ve been in that for several years, and he did a panel discussion that they offered for the students in the summer intensive. They had six panelists, and everything Jason said was spot on, like I got it. It clicked. He’s from Virginia too, and we got to talking, and I started taking the class this summer, and it’s [both] drama and comedy.

Every two to three weeks, we switch scenes, and you have a scene partner and you just really, really dig in. He said something I think in my second class and the way it’s set up; there’s a stage, and there are props and sets and whatever you need, and there’s seating which is where the students sit. And he said, “that’s not a stage, that’s a safety net. You can do anything here. It’s a safe space. If you go so far on that stage that you feel like you’re going to fall off the edge, I will always catch you.” That was what I needed to hear. I will laugh hysterically; I will cry in class. When you know you have that unlimited freedom in your class environment; you will blow your own mind of what you can in fact do as an actor and an artist.

As an actress, I would assume that you watch a lot of different projects. What are some of the shows that you are binge-watching on Netflix or watching on your DVR?

I am a huge fan of “This is Us” right now. [It’s] so good. I found “Parenthood,” I was like way late to the party on that, and so I binge-watched it on Netflix [laughs]. But with “This is Us,” when I saw the trailer, I was kind of excited. Then with each episode that I watched, with the twists and turns at the end, I was like, “I’m hooked.” There hasn’t been any other really standout shows like drama-wise this year, but I still do love “The Goldbergs.” I watch “The Goldbergs” every week. I think they are hilarious.

What is one thing people don’t know about you that they would be surprised to learn?

Oh, I don’t know. Something people come up to me and say very often is that my personality doesn’t match my appearance. I think a lot of times when people meet me, they’re like, “Oh she jokes about herself. ” It’s like when you spend time with me you realize that I have a very self-deprecating sense of humor. I do not take myself seriously. I am the first one to make a blonde joke or a home-school joke or only child joke. I believe that people take themselves way too seriously and I think, to see me walking down the street, you would think [I’m] very uptight, very type-A.