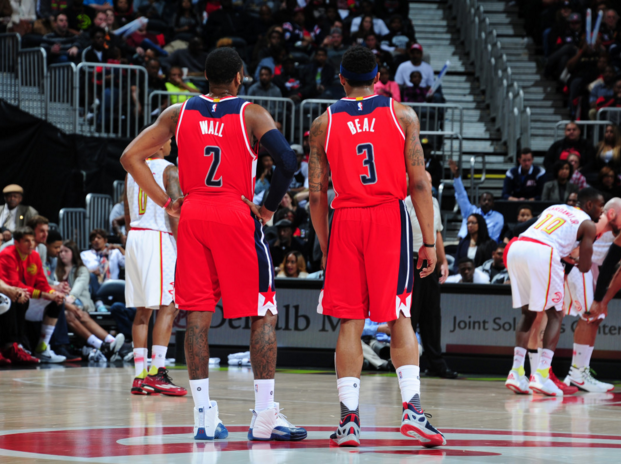 (This article was originally written for WizardsXTRA)

Now that the Wizards are officially in the off-season, the team has already started to make some big changes including firing their head coach Randy Wittman.

But the Wizards will make some major changes to the roster as well. While the Wizards are expected to be active in pursuing free agents from other teams this upcoming summer, they will also have to make decisions regarding their 9 free agents.

Let’s take a look at who does, and does not, have a shot at returning.

2015-2016 Season: Anderson averaged a carer low 5.0 points and 2.1 rebounds in only 13 games this season, after he signed a one-year $4 million deal in the off season. His left ankle required bone spur surgery this past summer, something the Wizards knew about when they signed him. Once he started working out again, it continued to irritate him and he was nowhere near ready for training camp. There was a second left ankle surgery in October to remove a loose bone fragment which pushed back his return until after the All-Star break.

Thoughts about next season: While Anderson’s personality and leadership off the floor has been an asset to the team this past season, his future in Washington remains unclear. John Wall has already endorsed him as one of the three players he would to have back on the team. Anderson has also made it clear that he would like to be back in a Wizards uniform this fall. However, can the Wizards afford to take a risk on him again? My gut reaction says no, but I would not be upset if he did return.

2015-2016 Season: Dudley averaged 7.9 points and 3.5 rebounds in 81 games. He ended the season shooting 42.0 percent from the three, which landed him in the top 10 across the league. As a stretch 4, Dudley was able to hit big shots, deliver great passes, keep the offensive flow going, and defend perimeter.

Thoughts about next season: Though he was also one of players that Wall said he wanted back, it is unclear how much the Wizards would be willing to spend on him moving forward. Dudley made just over $4 million this past season, but he could make a lot more than that this off-season on the open market. Dudley is open to coming back as long as the price is right. My gut feeling is that the Wizards will try to keep him around for another season.

2015-2016 Season: Eddie averaged 2.4 points in 26 games this season after signing in late December when Ryan Hollins was waived from the team. Most of his appearances came at the end of blowout games.

Thoughts about next season: Despite the garbage playing time, he proved himself in the time he got. He does have a non-guaranteed contract for minimum salary next season, which, combined with his potential, makes him seem like he could be a good option off the bench for the Wizards moving forward.

2015-2016 Season: Gooden averaged 2.8 points and 2.9 rebounds in only 29 appearances this season. He didn’t play from Nov. 17 to Jan. 1 because of a calf injury only to re-injure it later on. When he returned, he could not crack the rotation and he was not able to play at the same level that helped make the Wizards into the postseason the last two seasons.

Thoughts about next season: While he has a non-guaranteed contract for next season, it’s a only a team option to meet CBA requirements when he signed the deal last summer under Early Bird Rights. Therefore, despite Gooden recently telling CSNmidatlantic.com that he was not planning on retiring, he will most likely not return to the Wizards this fall.

2015-2016 Season: Nene averaged 9.2 points and 4.5 rebounds in 57 games this season. Despite missing a significant amount of time this season due to injuries, he remained the team’s best post scorer and best passing big man.

Thoughts about next season: He made $13 million in the final year of his deal and definitely will not command anywhere near that in the open market. While it’s unclear whether or not he is looking to play another season or retire from the game all together, one thing is clear:  Nene will not be back in a Wizards uniform this fall.

2015-2016 Season: Sessions averaged 9.9 points and 2.9 assists in 82 games this season. In his first full season with the Wizards, he was able to fully embrace his role on the team, as a facilitator off the bench. He was even able to play a role this season by playing side by side with Wall in the backcourt during Bradley Beal’s absence.

Thoughts about next season: Sessions has proved himself as a reliable backup point guard and scoring, meaning he will definitely get offers from other teams in free agency. Due to his consistent play and health this season, the Wizards should offer him a slight raise in order to keep him on the the team as the number two option behind John Wall.

2015-2016 Season: Temple averaged 7.3 points and 1.8 assists in 80 games this season. Temple finally got his chance to shine when he started 43 games for Bradley Beal, who was out with injuries. Temple was respected by both his teammates and Coach Wittman for his defense-first mentality, work ethic and improved three-point shooting.

Thoughts about next season: Temple was the last player that Wall said he wanted to have back on the team next season. Because of this, his improvement this season, and the fact that he comes relatively inexpensive, he will most likely be back with the Wizards for another season.

2015-2016 Season: Thornton averaged 8.4 points and 1.4 assists in only 14 games while Hickson averaged 4.6 points and 3.0 rebounds in only 15 games. Both Thornton and Hickson get lumped together because they were brought on to the team late in the season. Hickson was signed to an open roster spot after Kris Humphries and Dejuan Blair were traded as part of a package to Phoenix in exchange for Markeiff Morris. Thornton was signed after Gary Neal was released and Bradley Beal was still out injured.

Thoughts about next season: It’s difficult to assess exactly where these players stand given their little time here, respectively. But my guess is that neither player will remain a Wizard moving forward.