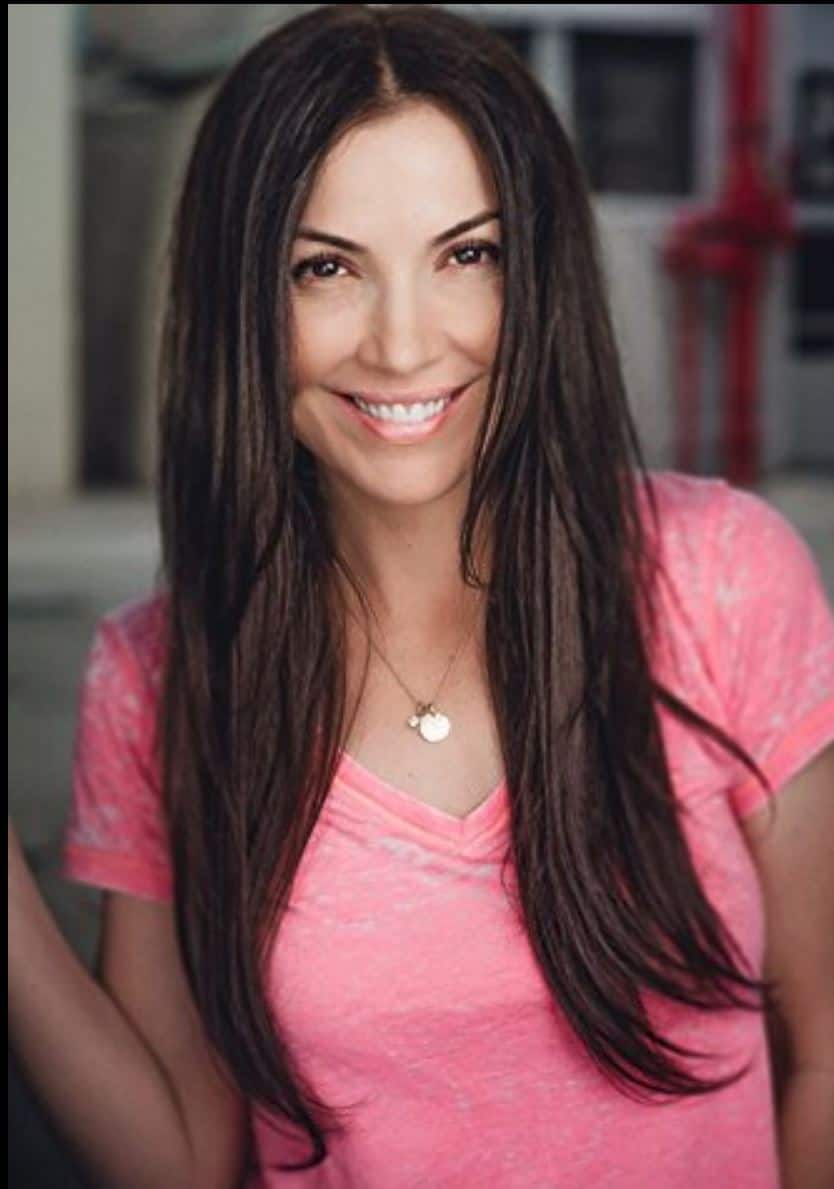 While Bethany Ashton Wolf might not be a name you have heard before, her career as a successful indie screenwriter speaks for itself. Now Wolf is making her name known by directing her first major motion picture, Forever My Girl. I got the chance to talk to her about how she came across the story in the first place, the casting process, what makes the bond between Josie and Liam so special and much more. Keep reading to see her answers.

Forever My Girl is based on the best-selling novel, of the same name, by Heidi McLaughlin. How did you come across the story in the first place?

It was a screenplay writing assignment; the production company, LD Entertainment, had already optioned her book. They had just read a script of mine that another studio had bought called Other People’s Love Letters, which I’m told they really enjoyed. They called my agent and sent over the book to see if I was interested in pitching a take that would work to lift it from the page and onto the screen.

I read the book and I was truly, deeply inspired. For me, as a filmmaker, when I see the whole world as a film, for me, every single detail, how to transport it, it’s what I call a popcorn pitch. When I say, “get your popcorn out,” it’s because I want to take you on the whole ride of this movie, from every character, to every single detail. I saw Josie in her pink gown walking across the green vast fields to Liam, to their romantic date night, to what his father is cooking on the stove when he has Billy over to his house for the first time. For me, I was fueled to write and direct it and that was the inception. It was the love of those two characters, Liam and Josie, that really made my imagination take flight.

Off of the love of Liam and Josie, since the movie is all about their romance and their journey back to each other, what do you think makes the bond between them so special?

It was really important to me and Jess[ica Rothe]. Alex [Roe] and I talked a lot about this, that there is this undeniable pull between them, [which is what] we all want in the most romantic experience. We all want to feel that. But when you find your true soulmate, you also want all the other things that come with it: laughter, and your best friend, and the playfulness, and the banter. I really wanted people to see not just two gorgeous people who fall for each other, because they are two gorgeous people, but that they truly are meant to be together, and that their personalities [match], and how much they enjoy each other, and the real humor they share. You really see in the film that they take playful jabs at each other, and I think that, in real life, that’s what you want. And to sustain true love, the one, over years of time, you need all of those elements for it to be the love of your life. I hope that people see that in them.

I even see the reaction to people seeing the two of them in interviews, and from what people have seen in the trailer. I love that they’re really highlighting all of that, and not just two beautiful people falling in love because they are two beautiful people.

Going back really quickly to the inception and the film’s beginnings, how did it feel to have Roadside Attractions acquire the rights to the film?

For us, we’re out there making it and we don’t know yet [whether or not it would be acquired]. We felt it was special, we felt that it was something really magical at play. I had really lofty plans for this film, and I was going to will it into bigger waters, and everyone joined forces with me and charged along with me, moving all of these mountains. But you don’t know until you have that distributor screening. It was that night, when we had all of the distributors in a room watching the film, and you have everyone responding, and everyone wanting your film. We really, really, really wanted Roadside [Attractions]. For us, we saw those offers were coming in, and then we saw Roadside’s, that was really triumphant for us because we felt like it was the perfect combination. People can call it a popcorn movie, but there is a lot of gravitas to this film, and I feel that’s what Roadside offered us.

Can you talk a little bit about the casting process for the film, like especially for Liam and Josie? Who was cast first: Alex or Jessica?

For me and Jeanie Bacharach, who was my casting director, this was a really tall order. [With Liam] we’re coming in…in a very different place [compared to] where most films open. A lot of times in a redemption story someone’s realized they’ve done something egregiously wrong and they go home to atone for it. That’s not where we’re coming in, in this movie. We’re coming in on someone who is a very famous country star, but you quickly see that there is a lot going on underneath. There’s this angst and this torment, but you see that he’s buried it so deeply that he doesn’t even acknowledge it. He’s just going through the motions, just trying to keep it all tucked underneath.

At the same time, we had to find an actor that just exudes this gritty coolness in an effortless way; to me, [we were looking] for a throwback to old Hollywood movie stars that we haven’t really seen in a long time. To me, we were trying to find the next James Dean, Steve McQueen, Paul Newman. You take that, and you add this layer on top of that, in that I truly wanted him to be an amazing singer and command the stage as if he was this huge country star. We wanted to cast Liam first, because if we couldn’t find Liam then we didn’t have a movie.

We cast for weeks and we weren’t finding him. Then I would love to say, for poetic reasons, that Alex was the very last audition that we had set up, but he was the second to last. We were literally at the place where we were saying, “Gosh, I don’t know if we’re going to find him, and if we don’t find him then we don’t have a movie.” Then Alex came in and blew me away. It went immediately from feeling like an audition to feeling like an actor and director working the scenes together; it felt very natural and organic. Then he sang and he blew us away. We cast him first.

Then Jess, again, another tall order. For me, it was very important to create a leading heroine that isn’t a damsel in distress, that she isn’t pining away waiting for the guy to swoop in and save her. When we meet Josie, she’s already weathered her storm, she’s already gone through her pain of him leaving and it’s eight years later. She’s built this wonderful life for her and her daughter. It was really important to me to have this sweet, loving, but strong woman who truly…when she says she’s at peace and doing well, she means it. At the same time, Liam is the love of her life, so of course feelings are going to start bubbling up. She doesn’t want him to disrupt that perfect life and it’s a very delicate balance.

A lot of actresses were coming in and playing it with a lot of anger and resentment, but she’s past that. If he had come home a year after leaving her, maybe that’s where she would have been. But again, I needed an actor to do it so effortlessly, and to be so deeply complex, that it was another tall order. We saw actresses again, for weeks and weeks, who were all lovely and wonderful, but just weren’t hitting exactly what I wanted to find in our leading lady. And then there was Jess. It was interesting because usually you do a chemistry test, especially for a movie like this, that is about their romance, but Jess was on a TV show at the time and so we didn’t have time. We could have lost her had we waited to do that chemistry test. When I auditioned Jess, and when I worked with her on her callback, it was the same experience [as Alex]. It immediately went from feeling like an audition to feeling like my actress and director, and we were just working the scenes. I really felt like Alex and Jess were cut from such similar cloth, both personally and as artists, that I just knew they were going to be pure magic together. And we all felt that, LD [Entertainment], Jeanie, everyone.

The Los Angeles premiere was on Tuesday. Screenings of the movie have been happening all around the country. It comes out for real on Friday. What is it like for you now that people are finally seeing it?

It’s so surreal, because for me, as the screenwriter/director, when I walked in that room and pitched my take on the film, that was 2013. Almost five years ago. The journey from writing the screenplay to development. I did all of the music. I felt the music in this film was as equally as important as the screenplay and the script, so I developed all of the music three years before we even started production. I’ve been so busy that I haven’t even experienced sitting and watching TV and seeing the trailer come on. [laughs] But people are texting me, and calling me, and I’ve seen it online, but I haven’t experienced it the way everyone else has. The premiere, for me, was truly a beautiful, magical moment because it was, “Oh, this is really happening. We’re actually here.” That was the most exhilarating feeling.

Forever My Girl is out in theaters everywhere on Friday, January 19th.