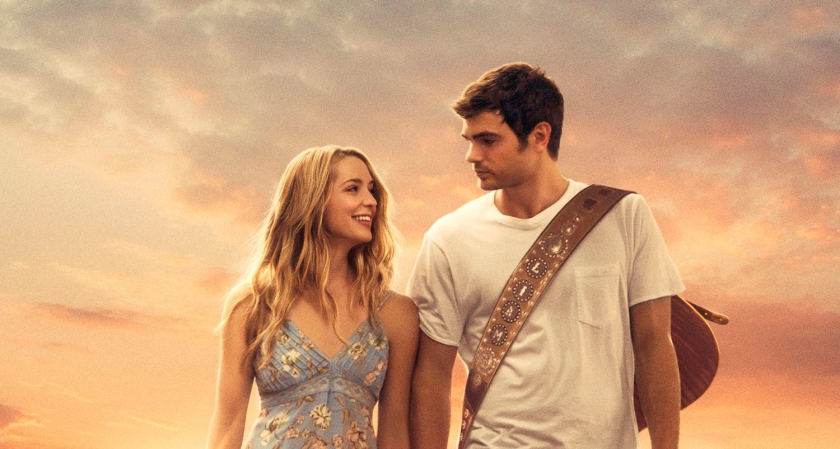 In the upcoming movie, Forever My Girl, Alex Roe plays Liam Page, a country superstar who returns to his hometown after a tragedy, only to find the woman he left at the altar and the daughter he never knew he had. I got the chance to talk to him about what the audition process was like, how he prepared for the role, what he did to create a father-daughter dynamic with Abby Ryder Fortson and a lot more. Keep reading to see what he had to say.

What was the audition process like for the role of Liam?

I read the script and I realized, obviously, that he was an American country singer and that I was English and hadn’t sung before. I initially saw that as quite a cool challenge to maybe take on. And, then also, I really liked the story. I liked the arc that this character had…as starting as this kind of man-child and then slowly, as he reconnects himself to his roots and his family, learning a little a bit more about what it’s like to be a fully-formed human being.

I went into the audition and I had never sung before in an audition. I took a friend of mine’s guitar, and I played a guitar a little bit when I was a kid so I knew a couple of chords. The audition went really well. They were crying for the scenes and then it came to the singing side of it and I was like, “Well, it seems to be going well so far. Hope I don’t ruin it.” There was a few people I had heard before me, who had these amazing musical theater voices, and I was like, “If that’s what they want, they’re not going to get that from me.” After I finished singing they seemed to be really happy. They seemed like they had found their guy, which was kind of surprising to me. They saw some kind of talent that they thought they could nurture a bit.

From then on it was down to me to really put in the work, because the more research I did on the country scene, the more I realized that it’s important to the people, the country fans, that people stay true to their roots, and how important that relationship is, and how I respected the scene itself. The more I found out, the more I wanted to do a good job. I was training like every single day to learn how to sing like this dude.

Regarding the preparation you did, Forever My Girl is based on the book of the same name, did you read it in order to help prepare for playing Liam? Or did you decide to just approach the script with fresh eyes?

The director, Bethany [Ashton Wolf], let me know that the script was a lot different than the book, so she kind of discouraged us from reading the book. Even when the script is very similar, I think sometimes the book can throw you off. It’s better to kind of approach the script on its own, sometimes.

But we’ve been doing screenings around the U.S. and there is often people who love the book, who come in and they’re like, “This has changed and this has changed” and I just say to them, “Watch the movie and then tell me what you think.” And when they come out, they’ve usually really enjoyed it for some of the same reasons they enjoyed the book and some different reasons.

We started off listening to country artists and trying to figure out which ones fit in with my vocal range and tone. We kind of quickly pushed Chris Stapleton aside and realized that I was never going to sing like him. We listened to a little bit of Dierks Bentley, some of his ballad stuff like “Riser.” We kind of found our inspiration there. Then it was about listening to that a lot, and letting it sink in by osmosis, and then trying to add that into the songs, and get rid of my British accent. We would play and sing every day. And Brett Boyett, our music producer, would go through each phrase and figure out what different scoops or twangs would be good to add in different places. It was quite an intense learning process, but I think it really helped me get into the character of Liam, because there is a lot of country artists that I think would have gone through quite a similar process in order to find their sound. And it might sound manufactured in some way, but I think a lot of country artists do go through that to figure out what that sound is.

From the country music that we were kind of exposed to back home, I definitely had a love for the storytelling aspect of country music, and I’ve always liked it. But my respect for it was really kind of opened up as I looked into a little bit more. I saw how important the country music artists are to the fans, and how important their lives are, and their integrity, and their staying true to their roots and all of those things. I definitely developed a whole other level of respect for it.

Is singing something that you would consider pursuing in the future alongside acting?

I think I’ll keep singing forever, as far as for myself. As far as a career thing goes, I think there are so many talented singers out there, like really talented people, that out-master my abilities.

This film is in a completely different genre than all the others you’ve worked on before. What was it like working on a romantic feel-good movie versus a horror or a sci-fi movie?

Yeah, it’s a nice little break, you know? It’s completely different to tackle. The conversations that you have on set and stuff become more about…I was talking to Jess[ica Rothe] about relationships, and what makes them meant to be for each other, and you kind of get to get a little more emotional, and it’s a completely different kind of experience and one that I definitely enjoyed. What’s amazing about it is that there seems to be people from all different walks of life going to see it…old, young, couples, families, whatever and all different ages and backgrounds. It seems to be a movie that everyone can enjoy in some way. And I think sometimes doing more of the genre stuff, you limit your audience as far as the audience that enjoys it. It’s really nice to see a wide range of people come out and enjoy it.

I think my favorite part of the film is the relationship between Liam and Billy. What was it like working with Abby Ryder Fortson and creating that father-daughter bond? Because on screen it seemed so natural.

Oh, thank you so much. It was really strangely easy. I had the easier job out of mine and Jess’s jobs, just because I was trying to figure it out as Liam anyway. What was fun was to figure Abby out, in some way, during the process. Liam gets to come in and they have a little fun relationship. We built that on set, and we would always be messing around and joking with each other. It was just a chance for me to be a big kid, really. A lot of stuff that does make it into the movie is just us improvising, and for the stuff that made it into the movie there’s another 50 silly things that we did that didn’t make it. She was always down to improvise, and she’s incredibly smart, and a real talent. She kind of reminded me that acting is a fun thing. It was nice to have a little reminder that we are doing this because we love it.

Forever My Girl comes out this Friday, January 19th in theaters around the country. 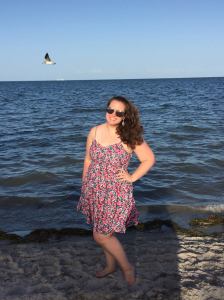